How did the New York Irish help their fellow emigrants in the middle of the nineteenth century? 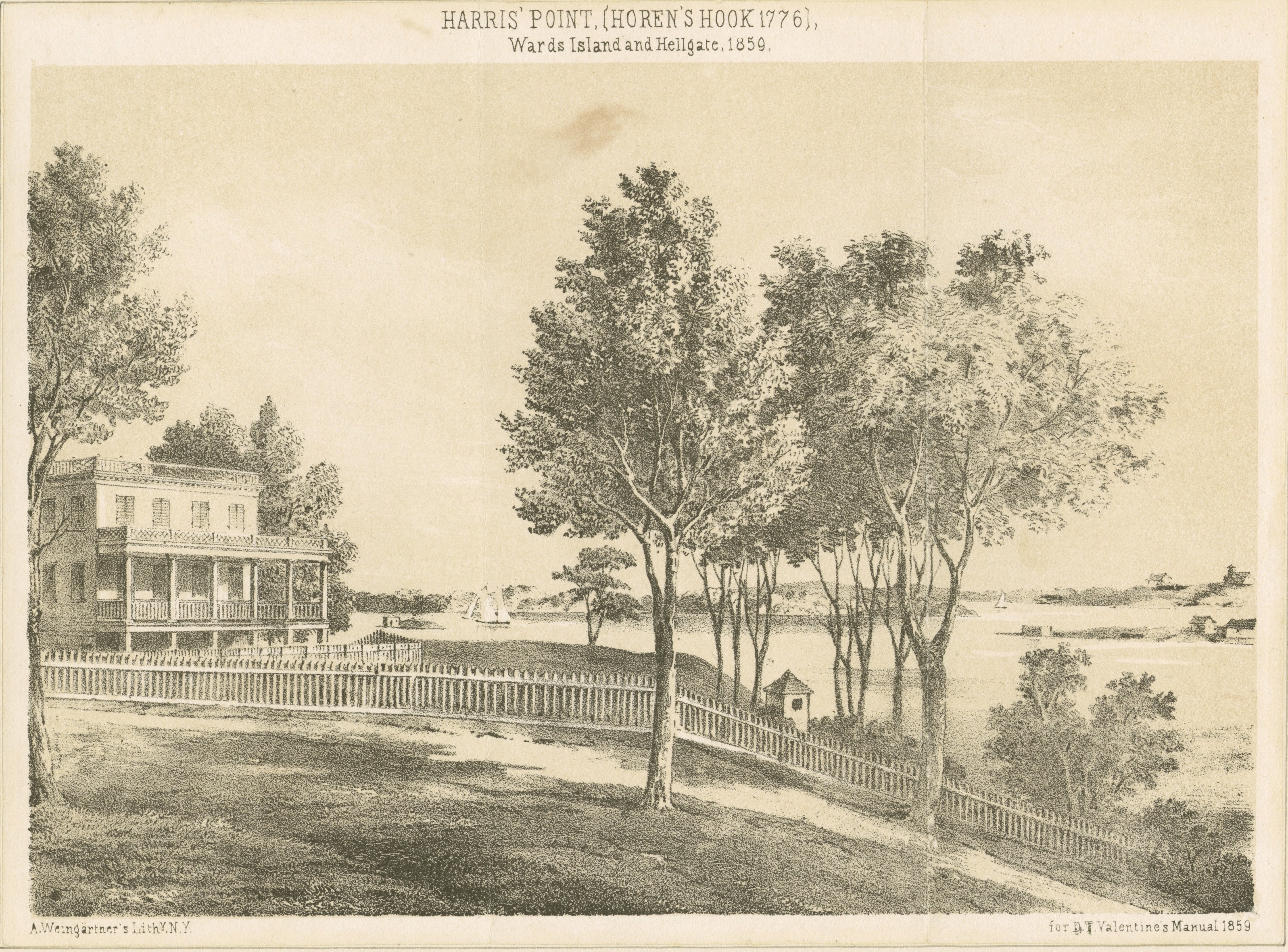 Ward’s Island is part of a small archipeligo in New York City’s East River near the narrow Hell’s Gate channel.  From the 1840s it was a critical part of the state’s management of emigration for the Port of New York, overseen by the Commissioners of Emigration. 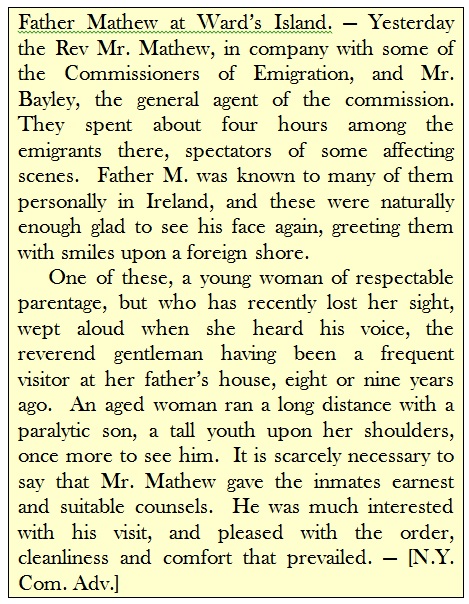 Building upon a database of Emigrant Savings Bank account holders who worked on Ward’s Island in the middle of the nineteenth century, this project contextualizes the ‘business’ of emigration, both commercial and humanitarian. A variety of primary sources connected to Ward’s Island expand our understanding of the Irish place in the massive migration that transformed New York City in the wake of the Famine.

Caption (right):  Albany Evening Journal, 15 October 1851, reprinted from the New York Commercial Advertiser.  In the fall of 1851, two months before returning to Ireland after a tour of the United States during which half a million took the pledge to abstain from drinking alcohol, the famous Irish temperance advocate, Fr. Theobald Mathew, visited Irish immigrants on New York’s Ward’s Island. Two days after this visit, Fr. Mathew deposited $50 into account number 1240 with the Emigrant Savings Bank.