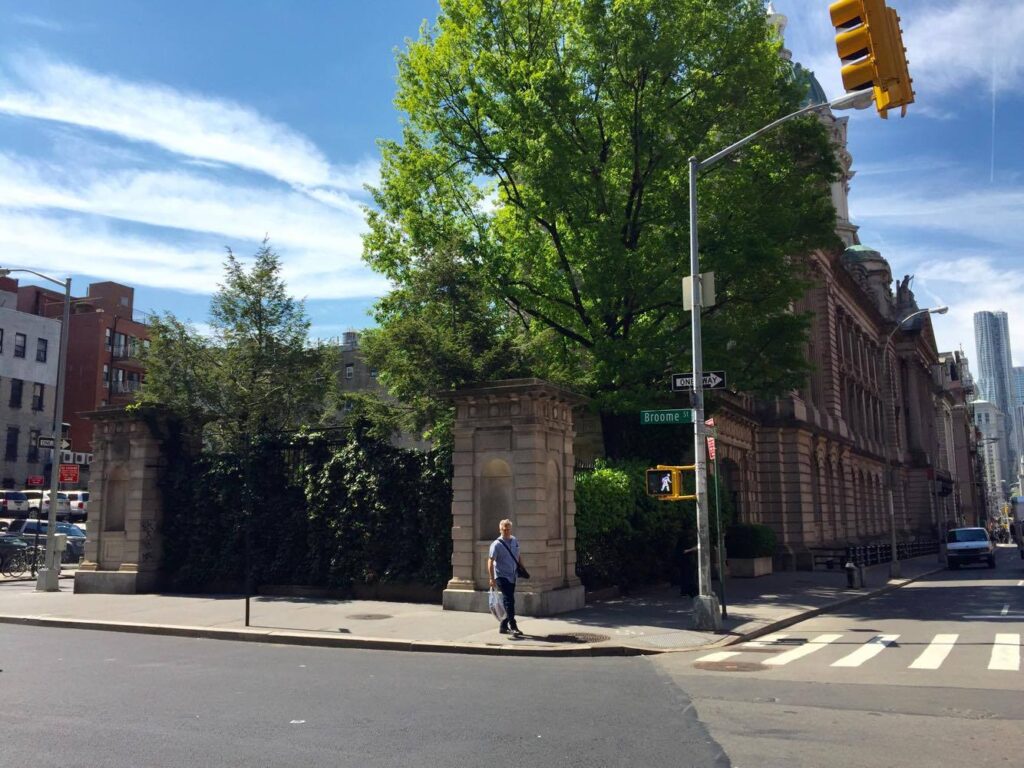 Cutting across Lower Manhattan from the East River to the Hudson, Broome Street in the 1850s to the 1860s not only crossed wards, but also crossed socio-economic boundaries. From P. J. Lorillard’s tobacco packing plant¹  to the opulent Lyceum Theater², Broome Street had a wide spectrum of occupants. This diversity was also reflected in the numerous nationalities of the human tenants of Broome Street, who, coupled with the varying but distinctly classed uses for other spaces on the street, seem to have represented a microcosm of New York City itself.

Using a sample of 153 Emigrant Industrial Savings Bank accounts with Broome Street addresses spanning from 1850 to 1860, it is clear that the occupations of the inhabitants of Broome Street ran the gamut as well. After factoring the multiple accounts held by the same customer, about 85% of the initial 153 accounts are usable to determine how people on Broome Street made a living. For example, John Dougherty, a charcoal dealer, held 5 accounts between the years 1857 and 1860, so he was only counted as a charcoal dealer once. The same goes for those who held accounts for themselves as well as trusts for other people, like Catherine A. Doyle, a milliner, who held a trust for a relative. 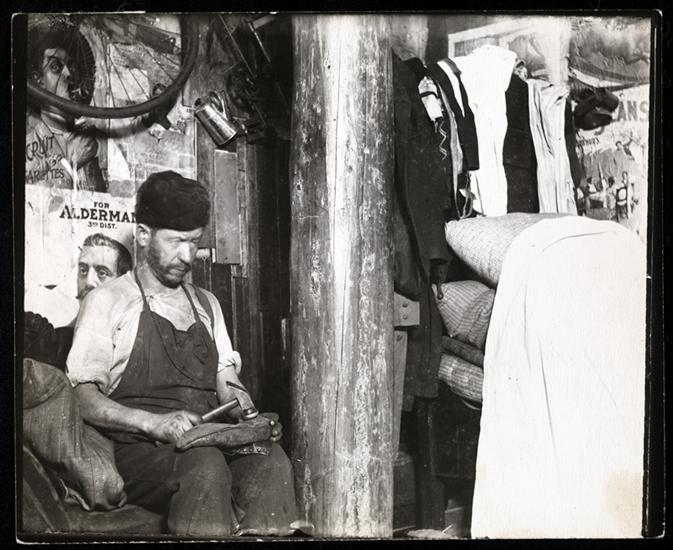 Of this 85%, or new sample of 131 people, the majority (27%) seem to have been skilled workers in trades such as shoemaking and carpentry, followed by blue collar workers (20%), such as charcoal dealers and longshoremen, and domestic workers (18%), such as seamstresses maids. The amount of white collar/professional and service industry workers appears to be even at 10% each, while those working in the arts come in at a low 2%. Finally, about 13% of the sample seems to have been unemployed or retired. 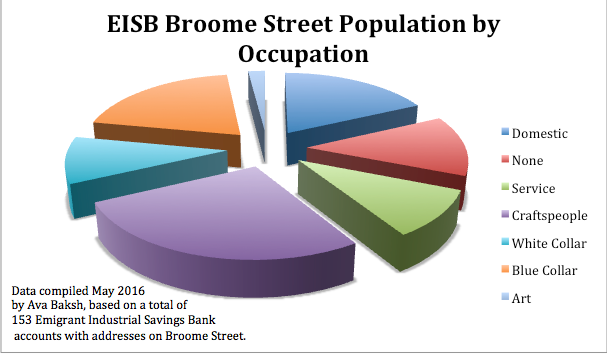 Of all the Broome Street occupants, Arthur Kelly from Scotland, could have had the shortest commute to his job. His occupation is listed as “tobacconist,” making it likely that he could have only had to stroll down the street to P.J. Lorillard’s tobacco packing plant to get to work.