“During the thirty years from the end of the Napoleonic Wars to the beginning of the Great Famine, between 800,000 and 1,000,000 Irish emigrants — about twice the total for the preceding two hundred years — sailed to North America.  In its size, composition, and character, pre-Famine emigration differed significantly from earlier movements and anticipated the massive flight which followed the potato crop failures of the late 1840s.”

In order to provide a subjective picture of pre-Famine emigration from Ireland, this project converted Information Wanted ads in the Truth Teller, a New York City newspaper read mainly by Irish Catholics that was published between 1825 and 1844.  It builds upon the selection and transcription work of Diane Fitzpatrick Haberstroh and Laura Murphy DeGrazia in Voices of the Irish Immigrant (New York Genealogical & Biographical Society, 2005). 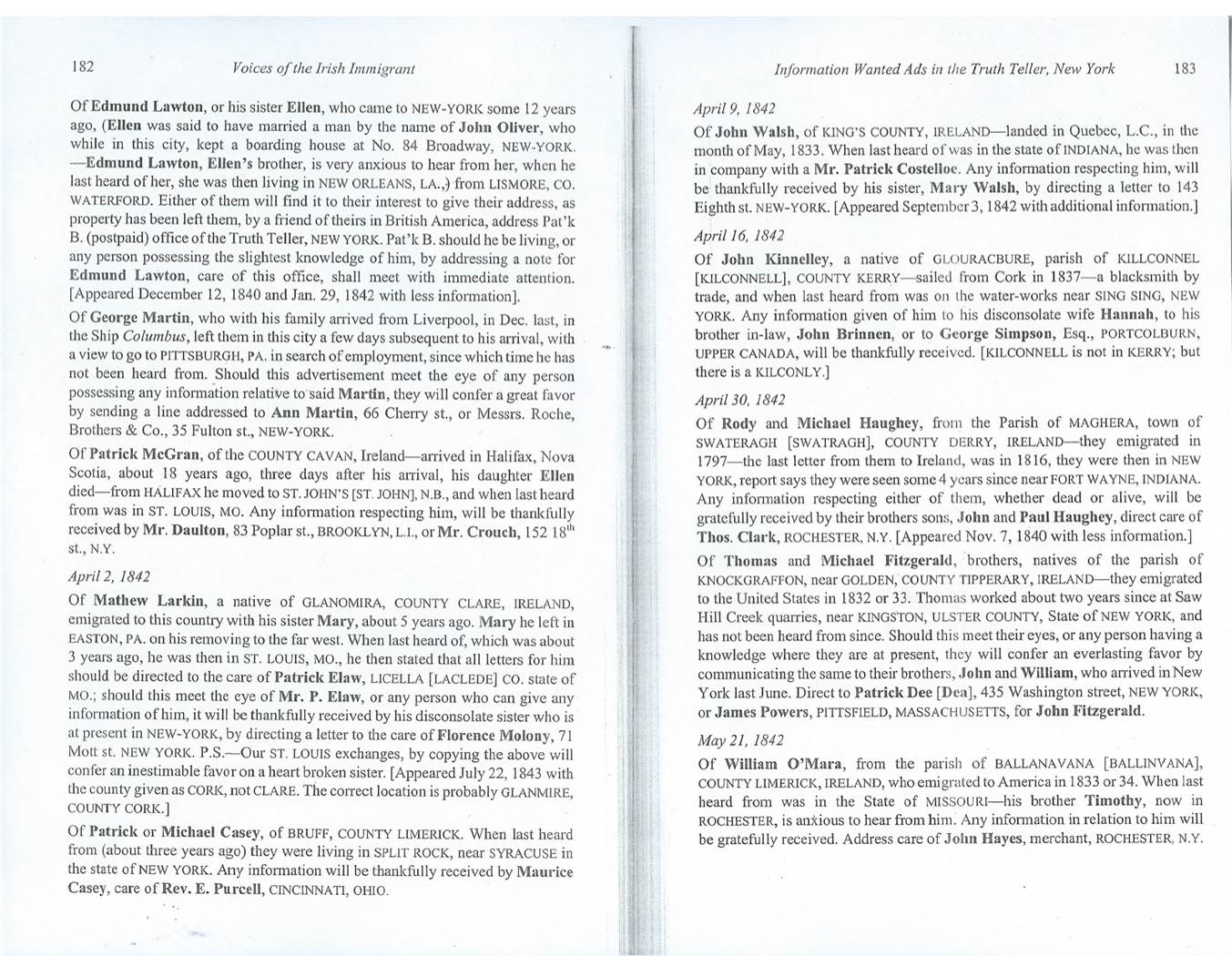 Students at New York University, under the direction of Prof. Marion R. Casey of Glucksman Ireland House’s Center for Irish and Irish American Studies, extracted data from Voices of the Irish Emigrant and entered that data into an Excel spreadsheet with fifty variables.  This data was then cleaned, filtered and sorted to get the results you will see on this website.  The database thus created includes mores than 800 men and women who emigrated from Ireland to North America between 1830 to 1840.

A related project is the “Missing Friends” database created from the Boston Pilot, hosted by Boston College http://infowanted.bc.edu/

A similar column for information being sought about Irish immigrants appeared in an Iowa newspaper and some examples, for a later period, are reproduceda at http://www.celticcousins.net/irishiniowa/infowanted.htm