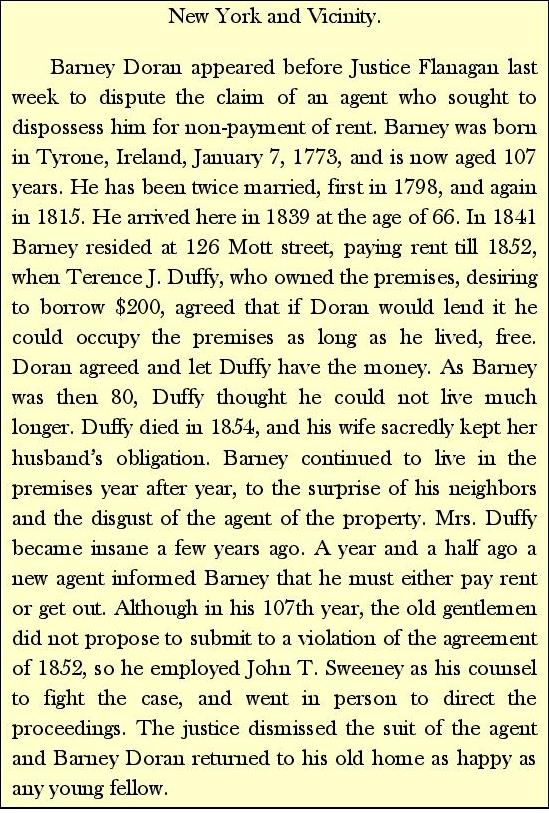 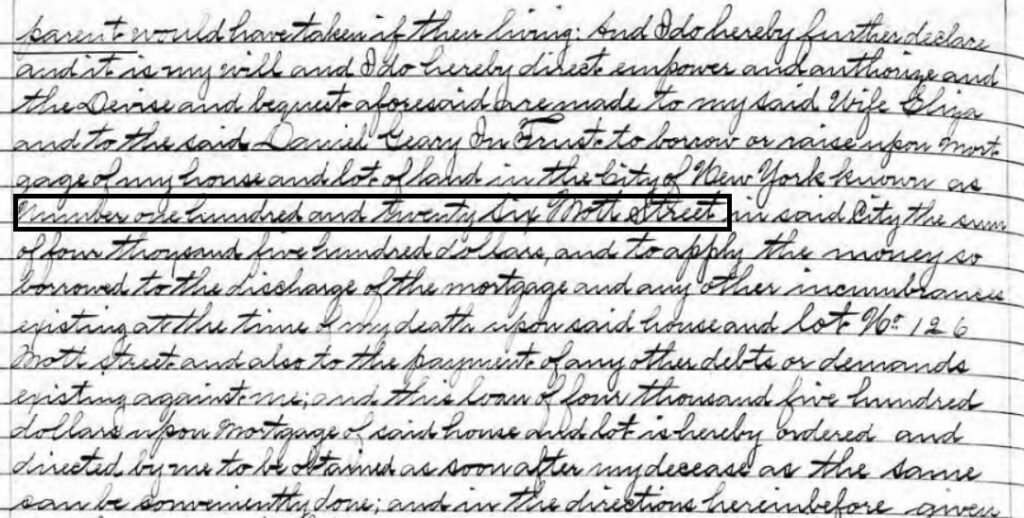 Terence J. Duffy (most likely the provision dealer at 352 Greenwich Street in the 1851 city directory) left a widow and seven children when he died in 1853; the bulk of the rental income for his property on Mott Street was intended for their support until they reached the age of twenty-one. “I do hereby further declare and it is my will and I do hereby direct, empower, and authorize and the Devise and bequest aforesaid are made to my said wife Eliza and to the said Daniel Geary In Trust to borrow or raise upon mortgage of my house and lot of land in the City of New York known as Number one hundred and twenty six Mott Street in said City the sum of four thousand five hundred dollars, and to apply the money so borrowed to the discharge of the mortgage and any other encumbrances existing at the time of my death upon said house and lot No. 126 Mott Street and also to the payments of any other debts or demands existing against me; and this loan of four thousand five hundred dollars upon mortgage of said house and lot is hereby ordered and directed by me to be obtained as soon after my decease as the same can be conveniently done.” Probated 16 June 1853, Wills, Vol 108, 1853-1854, New York, Wills and Probate Records, 1659-1999, Ancestry.com 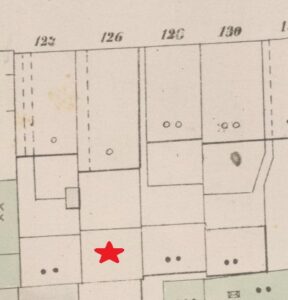 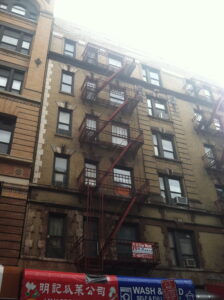 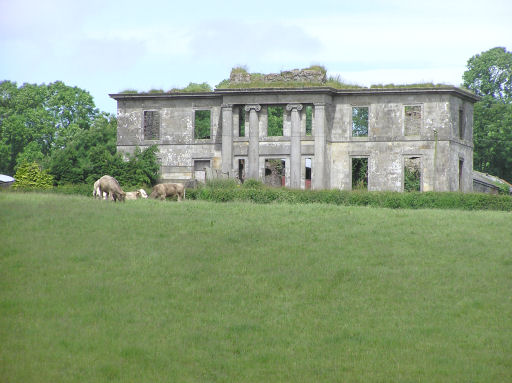 Barney Doran was from Termon, a subtownland of Athenree, near Carrickmore, Co. Tyrone. When he emigrated in 1839, Greenhill, the estate of his landlord Sir Hugh Stewart, was under construction in nearby Ballygawley.  It has been a ruin since being destroyed by fire in the 1920s. St John’s Castle at Greenhill Ballygawley cc-by-sa/2.0 – © Kenneth Allen – geograph.org.uk/p/52361 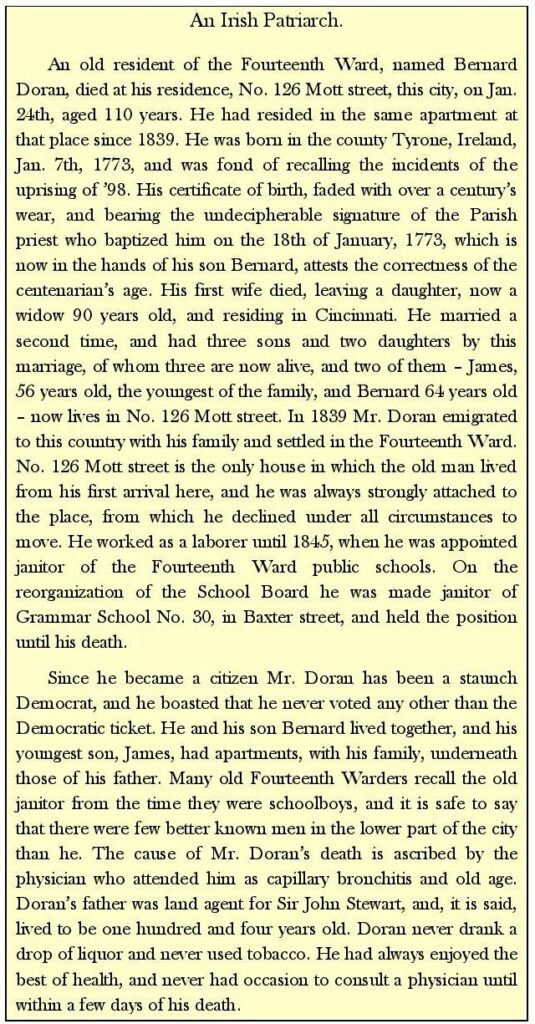 Annual Report of the Board of Education of the City and County of New York, 1876, p. 115. Note that one of the teachers also lived on Mott Street. Grammar School No. 30 was formerly Ward School No. 17. The Misses Connolly, Ahern, Dunn, Brady and George Pettit are also listed at this school in the 1859 Annual Report, so they taught here for at least seventeen years. 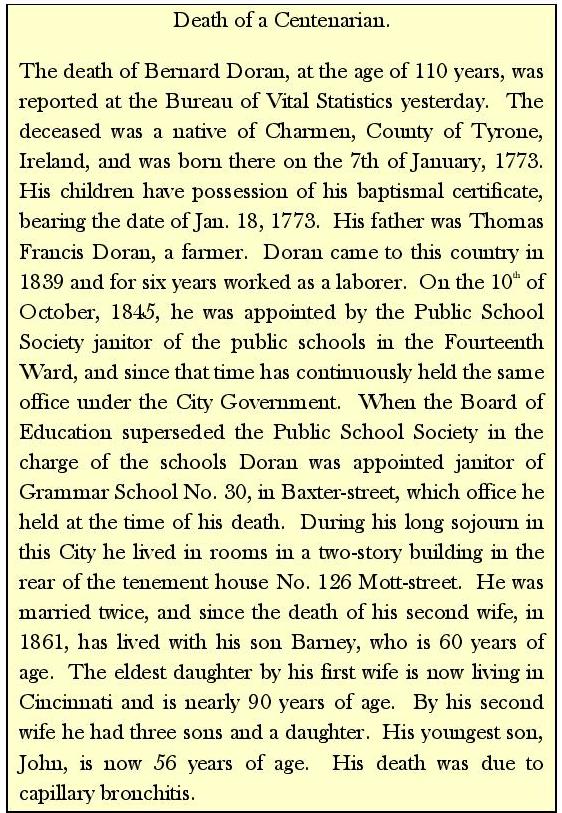 New York Times, 25 January 1883, p. 5. “Charmen” is probably how the Dorans pronounced “Termon”. According to Griffith’s Evaluation, completed in the middle of the nineteenth century, an Owen Doran was a tenant of Sir John M. Stewart, in the townland of LOUGHMACRORY, in the parish of TERMONMAGUIRK, Co. Tyrone. Termon/Athenree, also in this parish, is about four miles from Loughmacrory.  In 1837 Termonmaguirk had 10,307 residents according to Samuel Lewis’ Topographical Dictionary of Ireland.