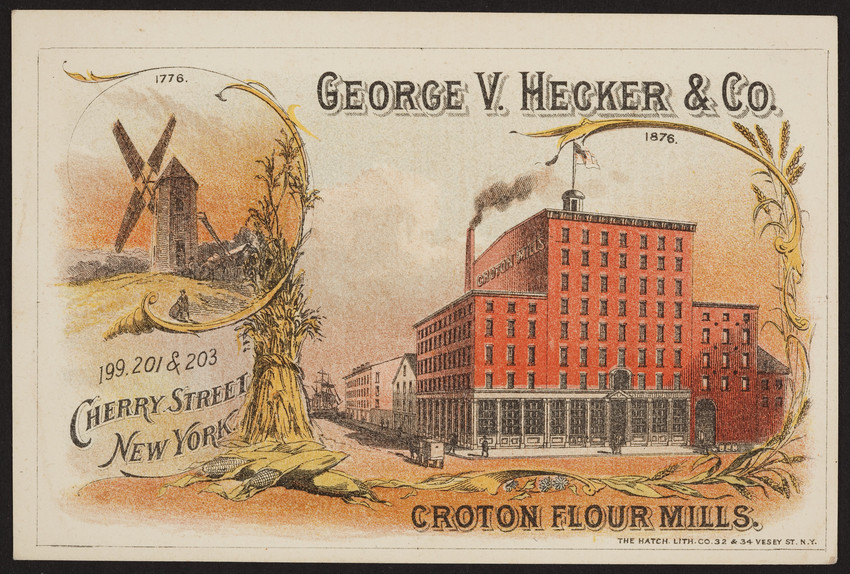 One of the big employers on Cherry Street in the 1850s was the Croton Flour Mills, established in 1843 by George Hecker to supply fine flour to his brother John’s bakery on Rutger’s Street.[1] It was located between Market and Pike Streets. The view on this trade card is towards Pike Slip on the East River. 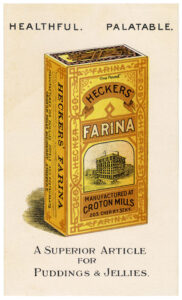 The original mill on this site was destroyed by fire in 1846, and rebuilt with a fire-proof building later that same year.  A granary capable of holding 40-50,000 bushels was added next door in 1850.  By 1851 it was employing 70 men. Its specialty product was farina, a finely milled wheat cereal. The Croton Flour Mills annually produced 800,000 pounds of farina on the third floor of its plant.[2]  Flour made locally could be sold at market for two to three dollars less that flour shipped from the West.  In addition to the Hecker mills on Cherry Street, flour was also being milled from wheat in Brooklyn, Williamsburg, Jersey City and Newark.[3] 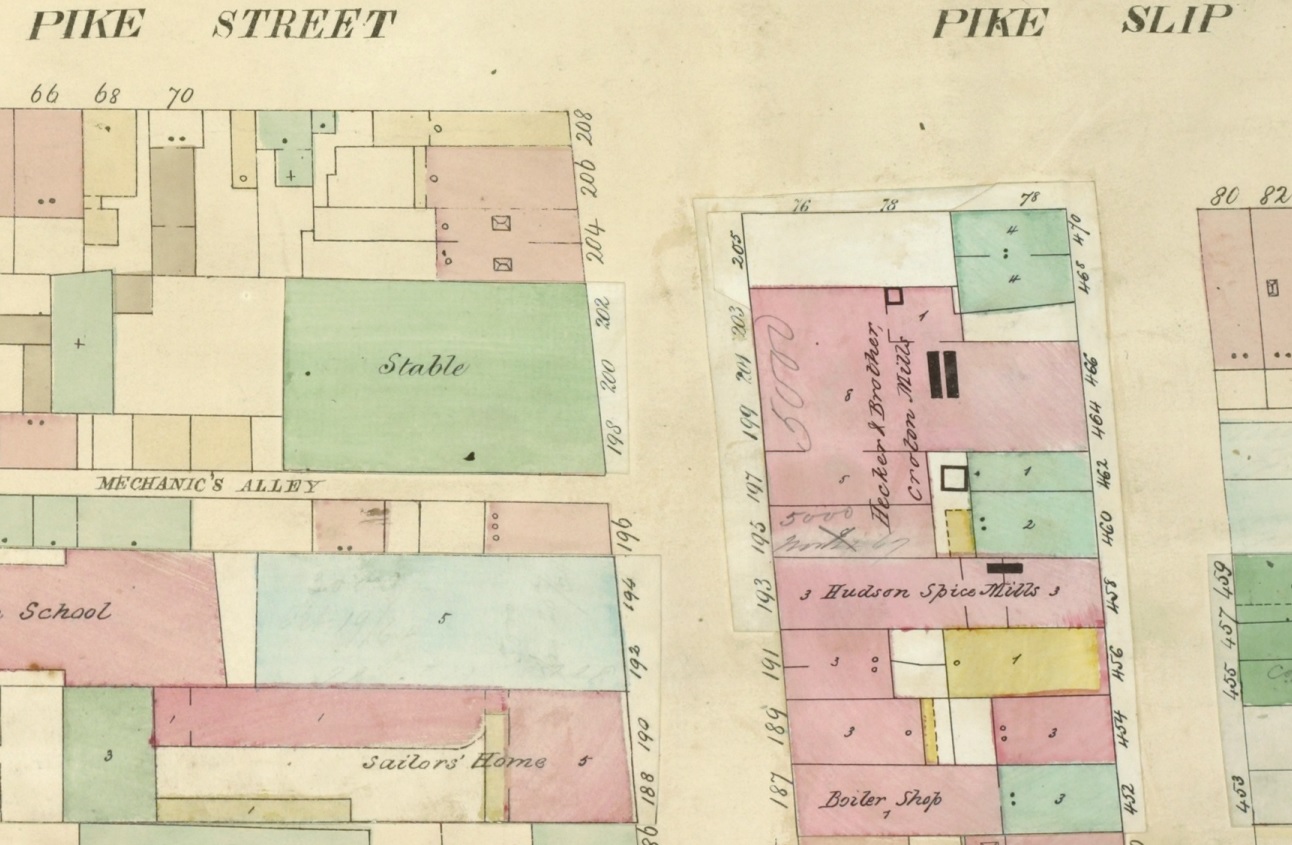