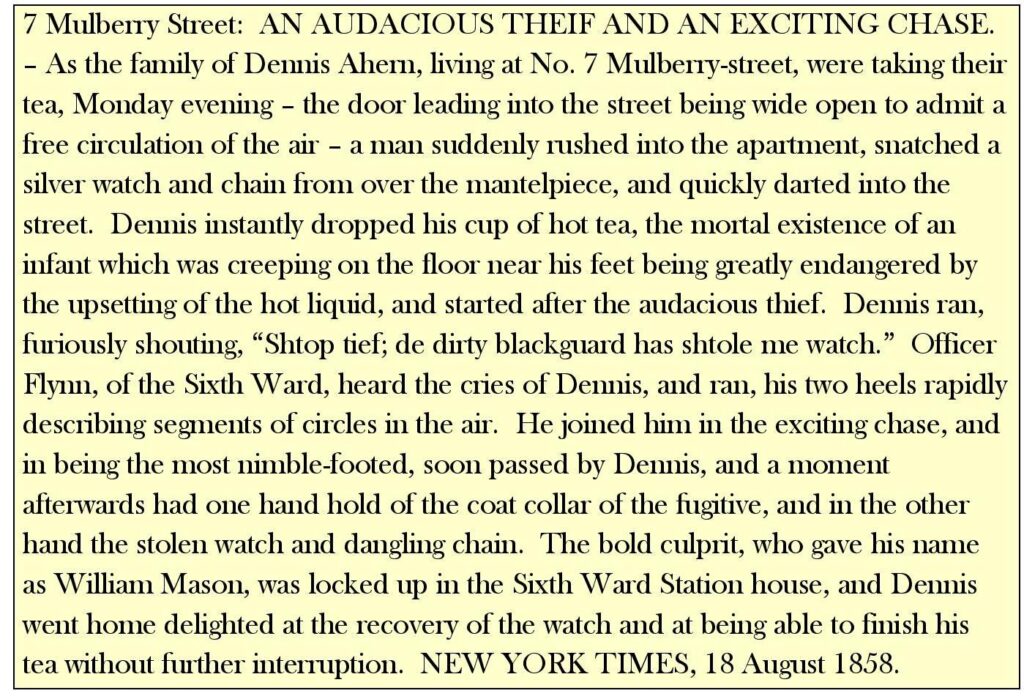 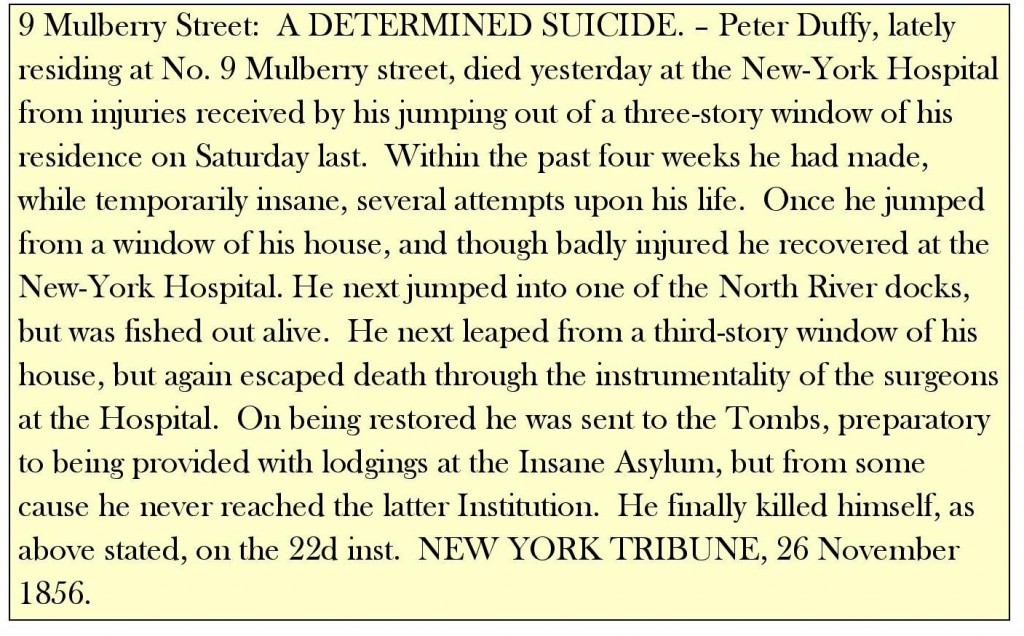 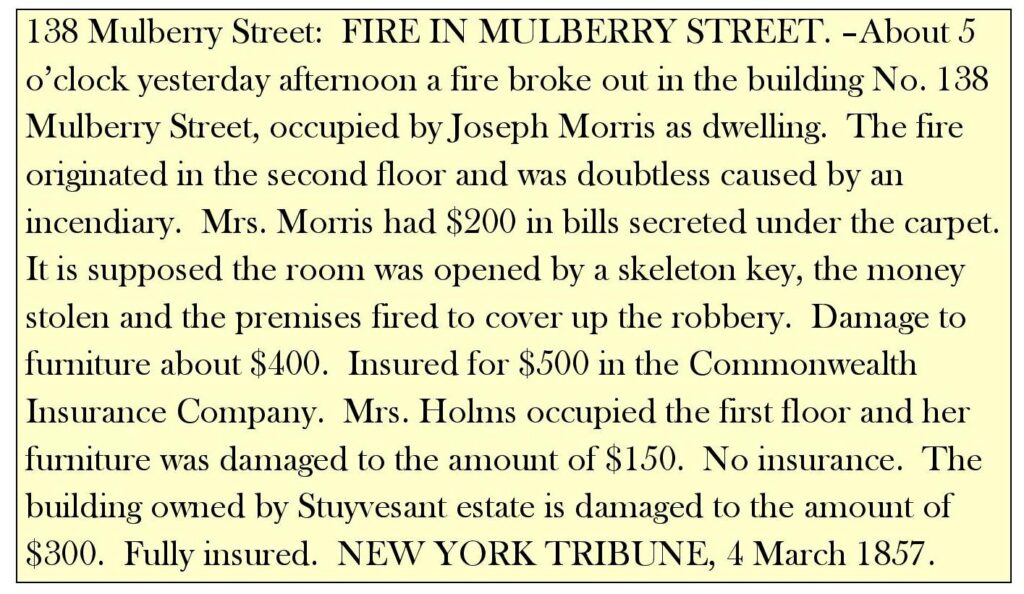 Located on the block between Hester and Grand Streets, 138 Mulberry Street was across the street from Public School No. 1 for Colored Children. Unlike some of their neighbors who had bank accounts, Mrs. Morris kept her savings at home. $200 in 1857 is the equivalent of $5,510 in 2013. 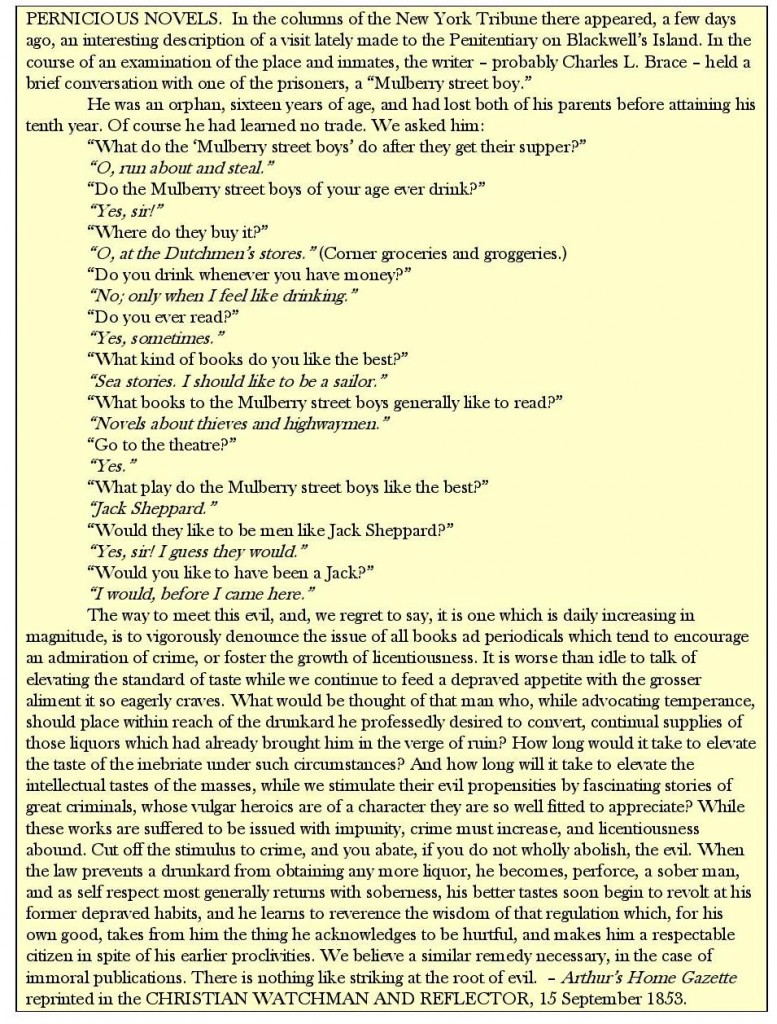 The story of the legendary Jack Sheppard, an 18th century English thief who escaped prison four times, was re-popularized by William Harrison Ainsworth’s novel, Jack Sheppard (1840), which was illustrated by George Cruikshank.  Charles Loring Brace, a Protestant social reformer, was the founder, in 1853, of the New York Children’s Aid Society.