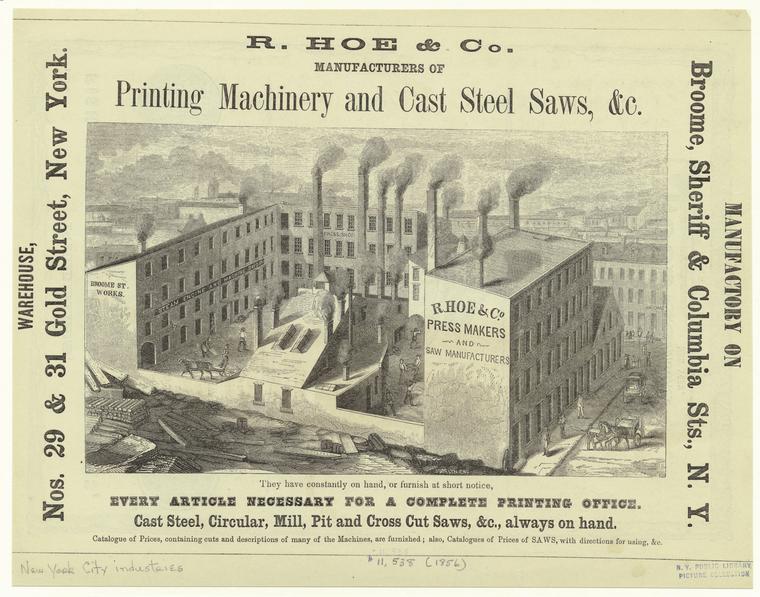 The Hoe Company’s Broome Street Works in 1856. New York Public Library ID 805508. Today this location is the eastern half of the Luther Gulick Playground (formerly the Bernard Downing Playground from 1933-1985). 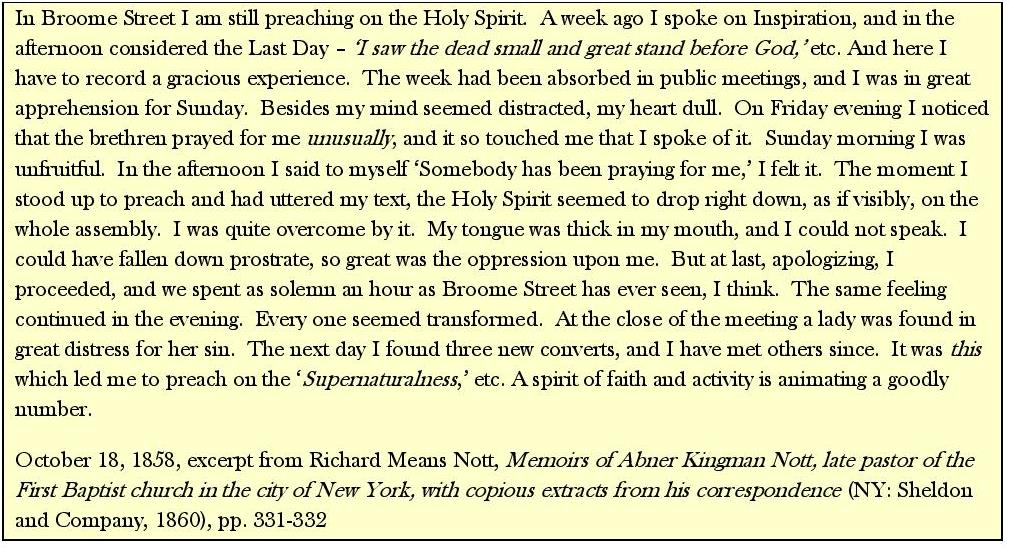 The First Baptist Church in the City of New York (354 Broome Street, according to page 346 of Moses King’s King’s Handbooks to New York City): The Rev. A. Kingman Nott, Pastor of the Church, drowned while at the beach in Perth Amboy, New Jersey. NEW YORK TIMES, 9 July 1859. 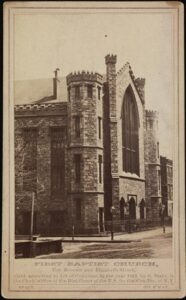 426 Broome Street: The Fourteenth Ward Republican Association met here the night before the 1860 presidential election in order to “drive means for furthering the election of Abraham Lincoln, and doing all possible good at the polls…”. NEW YORK TIMES, 6 November 1860. This address also happens to be where William Acher, an EISB customer of German origin, lived in 1857.

447 Broome Street: John Jones, identified as a youth, stole $50 worth of religious books from a wagon parked in front of this address. He was arrested and held for trial on $1,000 bail. NEW YORK TIMES,  29 March 1860.

463 Broome Street: Charles and Louisa Rauth were arrested for running a brothel, called a “modal artist troupe” by the newspaper. NEW YORK TIMES, 20 February 1858. This is the same address at which Daniel Corcoran, an EISB customer from Cork, lives in 1859. 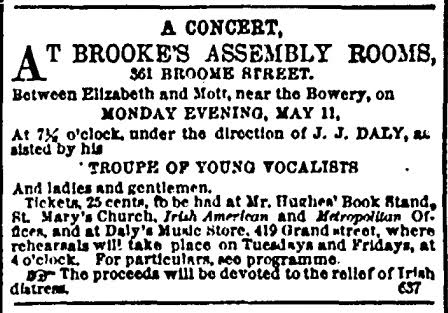 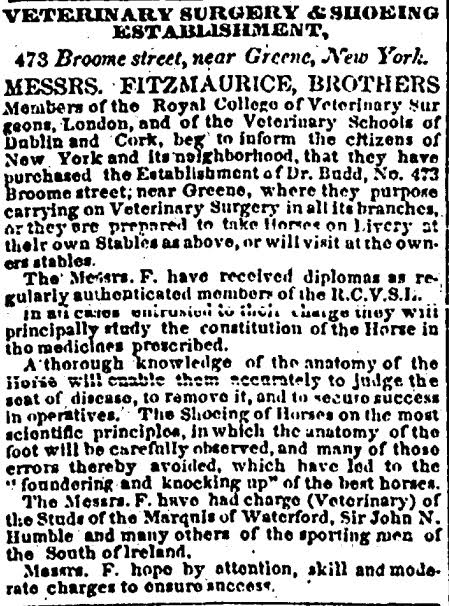 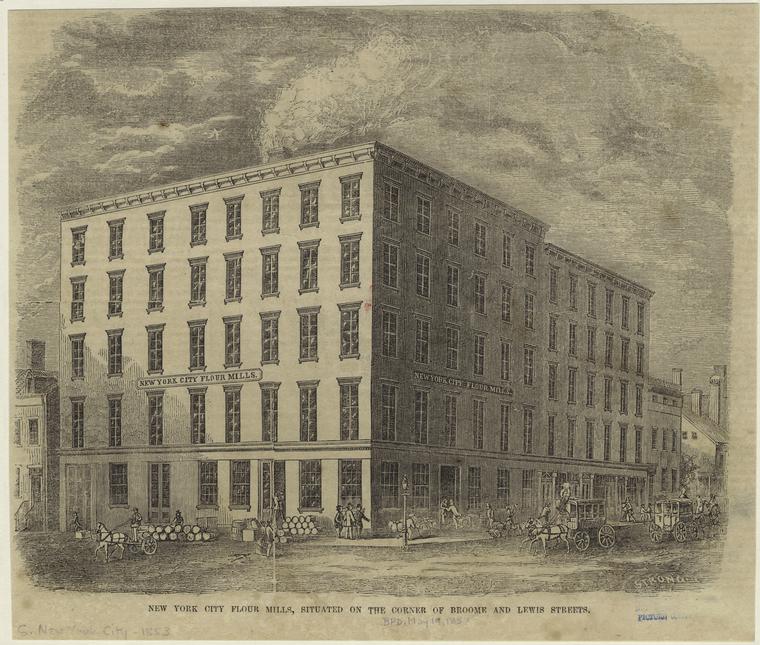