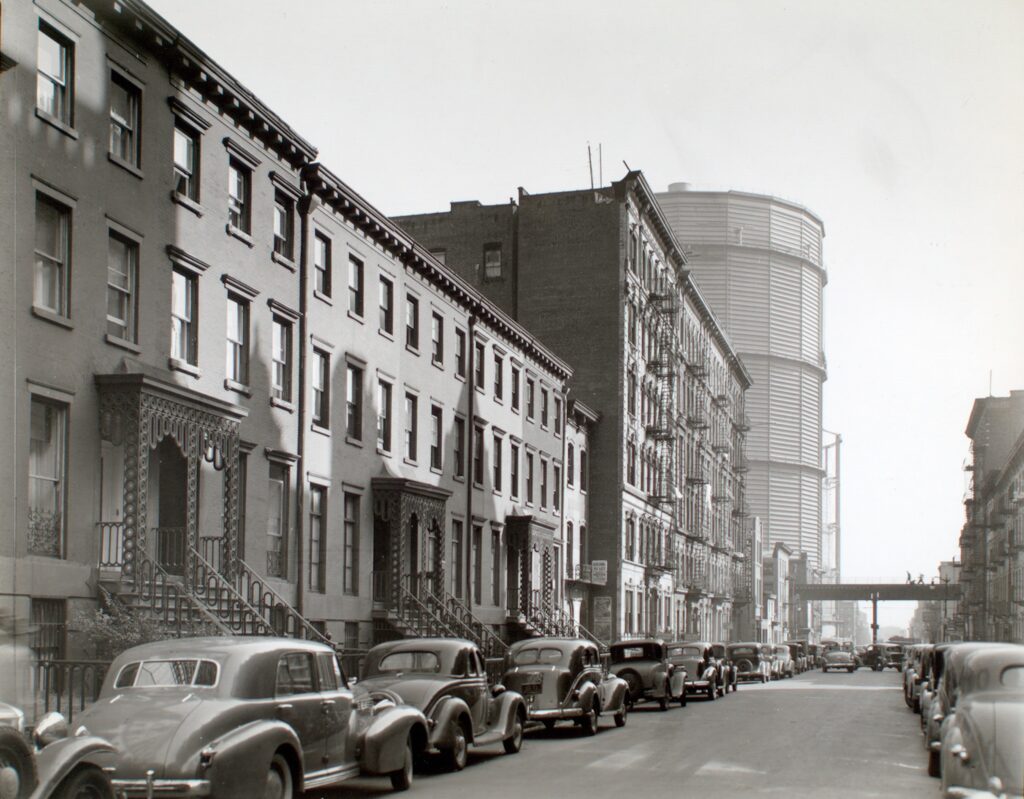 What was a New York Irish neighborhood really like in the middle of the nineteenth century?

In 1855, nearly 23,000 Irish-born men and women lived in new neighborhoods that were developing in the middle East Side districts of New York City.  Twenty years later, that number had swelled to more than 33,000.  Officially designated the 18th and 21st Wards, these encompassed blocks stretching east of Sixth Avenue to the river, between 14th and 42nd Streets.  East 26th Street was the dividing line. During the 1863 Draft Riots, barricades were erected in part of the 18th Ward, particularly in what was known as the “Gas House District,” a section in the East 20s dominated by the New York Gas Light Company.  Movement into the 21st Ward clearly skyrocketed for natives of Ireland after 1865 according to census figures. 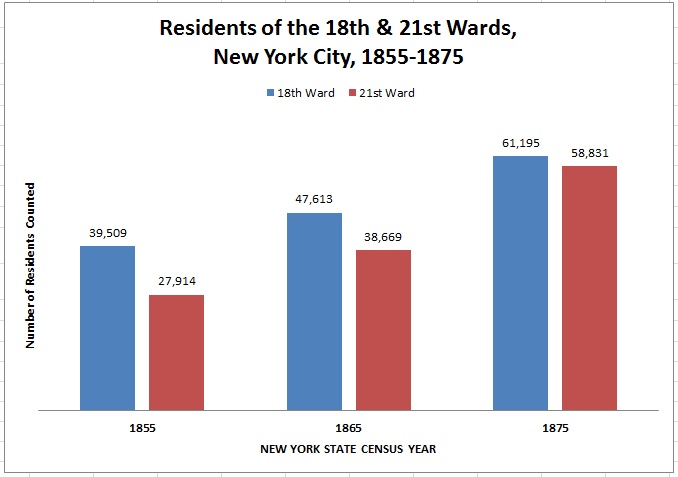 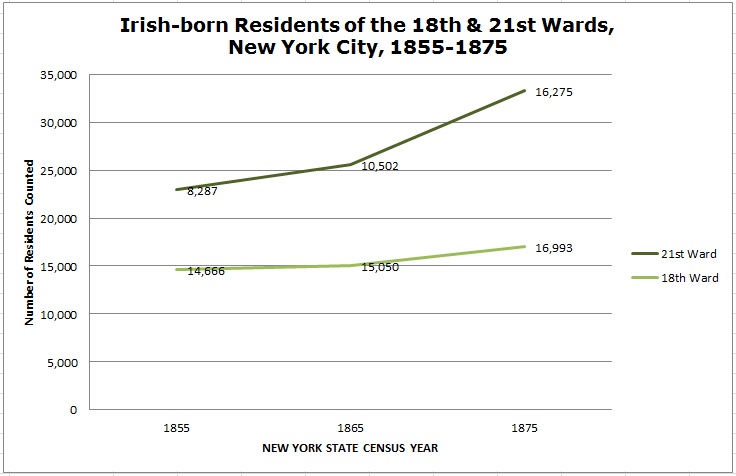 The Irish were more than 25% of the population in both wards between 1855 and 1875.  A dataset drawn from the records of the Emigrant Industrial Savings Bank, based on address in this section of the City, offers an opportunity for a more in-depth study of the Irish who called the East Side home in the years immediately preceding the Draft Riots.