What was it like to live in a New York Irish neighborhood in the middle of the nineteenth century?

At the time, Cherry Street was part of New York City’s heavily Irish Fourth Ward.  It was colloquially known as the “Cork Ward” since many of the neighborhood’s residents had emigrated from Co. Cork. 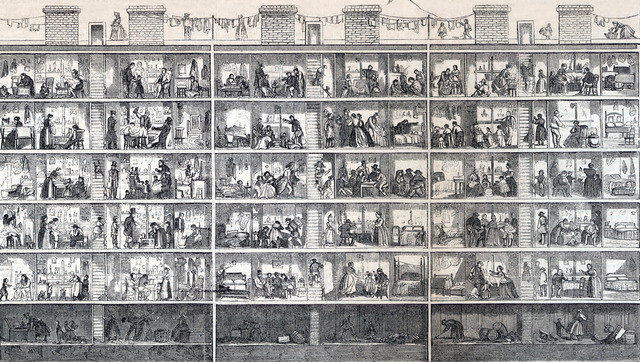