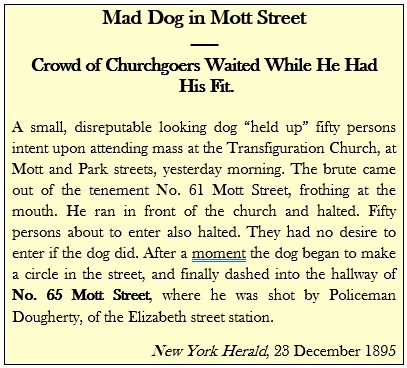 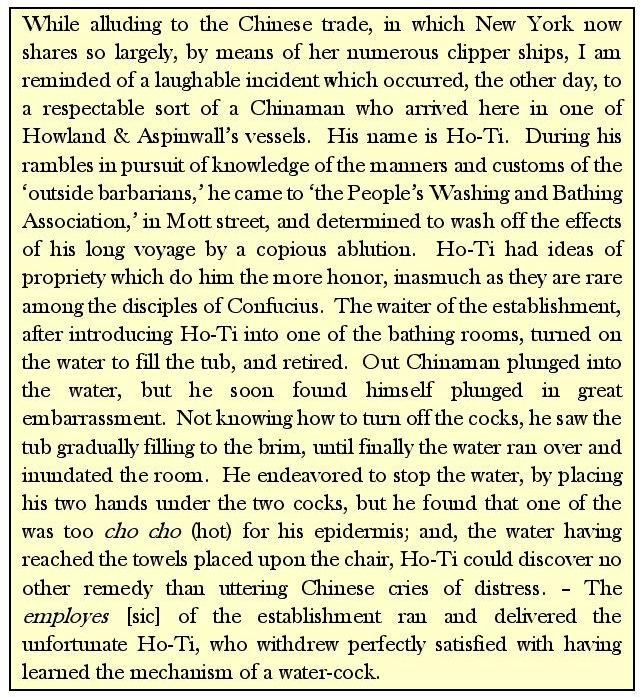 SUDDEN DEATH AT THE PEOPLE’S BATHING ESTABLISHMENT.  An unknown man who has been in the habit for some time of taking vapor baths at the People’s Bathing establishment, No. 141 Mott-street, yesterday afternoon took ill while bathing and soon died. – New York Times, 11 December 1857, p. 5