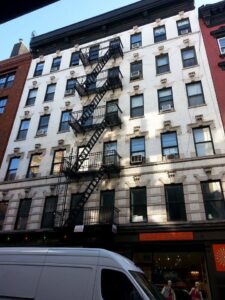 When investigating the ESB account holders who named 22 Prince St as their place of residence between 1856-60, the data seems to indicate that this was the location of a bustling boarding house.  13 ESB account holders claimed 22 Prince as their home at the time they opened their account – of those 13, the majority were originally from Connacht (Galway and Roscommon specifically).  Bridget Quinn, the assumed proprietor of this ‘Boarding House’, herself arrived in New York in 1848 from the port of Liverpool and was a native of Attiregan, Co. Galway.  Soon widowed, it appears that she kept ownership of the boarding house – and a preference for boarders hailing from the Western counties of Ireland. 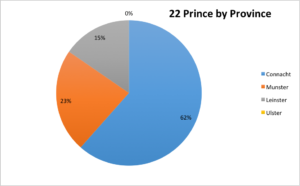 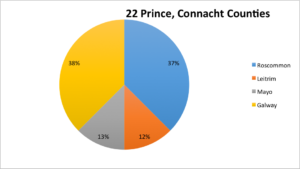 A brief breakdown of the resident account holders demonstrates a definitive clustering of famine-era, Cannaught immigrants from a wide range of occupation categories.