The Catholic Church played an important unifying role for Irish emigrants living in the Twelfth Ward, particularly in the developing and emerging community of Manhattanville in northern Manhattan. While priests such as Fr. A. J. Donnelly, founding pastor of the Church of Annunciation in 1854, stand out in the narrative of the Archdiocese of New York, many other priests played important roles in the lives of their parishioners, in their churches, and sometimes even in the fight for the liberation of Ireland. Reverend Cornelius M. Delahunty and Reverend Felix H. Farrelly were two such individuals.

Cornelius Delahunty was born in Derrynacarragh, Co. Clare in 1831.[1] On November 28, 1848, alongside 326 other passengers, one of whom was his older brother Charles, he arrived at the port of New York after traveling from the docks of Liverpool on the St. George.[2] Shortly thereafter, Delahunty attended St. Joseph’s Seminary at Fordham and was ordained by Archbishop John Hughes on March 13, 1852.[3] He was assigned to be an assistant at St. Patrick’s Cathedral on Mott Street before being sent to St. James in Brooklyn, where he lived at the church rectory at 185 Jay Street.[4] In 1854 Fr. Delahunty moved to the Twelfth Ward and took up the position of  chaplain to the Academy and Convent of the Sisters of the Sacred Heart.[5] He attended to the spiritual needs of the 150 female boarding students at the Convent as well as the students enrolled in the free Manhattanville parochial school.[6] He had two Emigrant Savings Bank accounts, both opened with modest deposits and closed after only a few months.[7]

Unfortunately, during his tenure at the Convent Fr. Delahunty came down with “an affliction which affected his eyes” went  “west” to the “salubrious climate” of California “in the hope of its benefit on his eyes which suffer much.”[8] In his 1855 letter of recommendation, Archbishop Hughes wrote that the “young” priest was “a virtuous and exemplary clergyman, and apart from this infirmity [his eye condition] is capable of being efficient in the duties of the holy ministry. I recommend him to your well-known kindness and charity.”[9] Once in California, Fr. Delahunty joined the Diocese of San Francisco, then only two years old.[10] He worked with other clergymen from the Irish seminaries of “All Hallows, Maynooth, and Carlow” to minister to the Catholic populations of the mining communities cropping up on the West Coast.[11] His retirement years were spent at the University of Notre Dame in Indiana. By the time of his death in March 1915, his early savings habits had yielded an estate of $21,000 (modern value $390,000).  His bequests included $3,000 for New York’s Mission of the Immaculate Virgin for the Protection of Homeless and Destitute Children at Mount Loretto, Staten Island.[12]

Faculty, University of Notre Dame, South Bend, Indiana, 1914. Father Delahunty spent his last years at Notre Dame and is most likely in this photo. Image Source: Library of Congress pan 6a26854.

Fr. Felix H. Farrelly also served the Catholics of New York’s Twelfth Ward. Born on December 28, 1832 in Co. Longford, Ireland, he was educated in Castleknock, Co. Dublin, Cootehill, Co. Cavan, and St. Patrick’s College at Maynooth in Co. Kildare.[13] At age twenty-three, after completing his religious education with distinction, Farrelly was ordained at All Hallows College in Dublin on July 3, 1854 by Archbishop Paul Cullen of Ireland.[14] Soon thereafter, he left the Diocese of Ardagh and Clonmacnoise for America where he was assigned to serve as an assistant priest at the Church of Nativity in the East Village.[15]

After two years, Fr. Farrelly replaced Fr. A. J. Donnelly as pastor for the Church of the Annunciation in Manhattanville.[16] Farrelly was described as conducting “his duties” with “so much zeal for the good souls and such ability […].”[17] Additionally, in a similar manner as Fr. Donnelly, Fr. Farrelly was known for caring for his parishioners, for example,  managing the EISB accounts for Mary Tierney and Mrs. Ann Dunn.[18] Mary Tierney accrued over $3,748 by today standards in her bank account.[19] Mrs. Ann Dunn also saved a considerable amount with a total savings of $17,500 dollars by current valuation.[20]

In 1860 Fr. Farrelly was assigned upstate to St. Mary’s Church in Rondout, Ulster County, New York. While there he was “entrusted” by parishioners to create an environment of “great good…infusing order and system into parochial affairs.”[21] Fr. Farrelly was not only widely remembered for opening St. Mary’s Academy under the Sisters of Charity, he was memorialized in a street named after him on the eastern portion of the Rondout Catholic cemetery he established: Farrelly Street.[22] 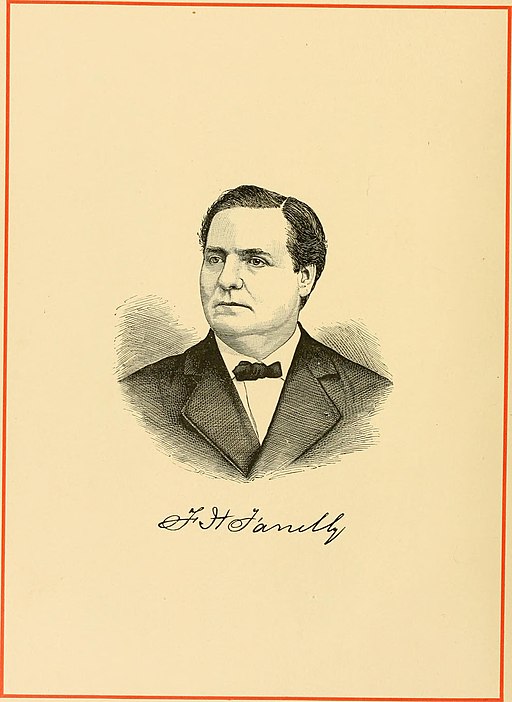 Fr. Farrelly was also commended for assuaging violence and anxiety during the Civil War draft riots with his “own spirit of patriotism” and “his disgust for slavery,” citing the “immoral results of slavery” on both the white and African American population.[23] Such views were inspired by a trip Fr. Farrelly took to the American South with Fr. Thomas Farrell of St. Joseph’s parish in Greenwich Village and Fr. Sylvester Malone of St. Mary’s parish in Williamsburg.[24] These clergymen were highly influential in forming Fr. Farrelly’s political views.

Following the Civil War, Fr. Farrelly returned to Manhattan to “take charge” of St. James’s Church where he lived in the rectory at 23 Oliver Street.[25] While there, Dr. Edward McGlynn, who would later be excommunicated because of his radical politics, served as the parish assistant priest. Together, Frs. Farrell, Farrelly and McGlynn represented a Catholic intellectual network where abolition and Irish nationalist ideas circulated.  All lived, at one point or another, in the dense downtown immigrant neighborhoods in the Fourth and Ninth Wards of New York County.[26] Fr. Farrelly and Dr. McGlynn were friends and were considered by those in their circle as the “noblest priests in the land.”[27] While at St. James’s Church, Fr. Farrelly was described as having “an untiring” zeal for parish life while successfully clearing “off a good portion of the debt on the church, buil[ding] two fine parochial schools, and endear[ing] himself to a large congregation.”[28]

In 1880 Fr. Thomas Farrell died while serving at St. Joseph’s Church on Sixth Avenue in lower Manhattan. His friend, Fr. Felix Farrelly, replaced him. Unfortunately, Fr. Farrelly’s time there was not long. Almost immediately after his appointment to St. Joseph’s in September of 1880, Fr. Farrelly’s health started to decline and in less than two years he passed away at the age of forty-nine on February 8, 1882. His funeral took place on Saturday, February 11, 1882 at ten o’ clock from St. Joseph’s.[29] The scene was described as being “thronged” with “sorrowing parishioners of the deceased.”[30]  Roughly one hundred Sisters of Charity sat by the altar where his remains lay covered in black cloth. The altar was flanked with flowers donated by the St. Vincent de Paul Society and the church was draped in black.[31] The Boston Pilot reported “a large number of priests were present,” and the New York Irish Nation described the sermon given by Fr. A.J. Donnelly of St. Michael’s Church which attested to the “many virtues of the departed father and paid his memory an eloquent tribute.”[32] Fr. Farrelly was interred in Calvary Cemetery in Queens.[33] His assets were left to pay for a dignified funeral and burial, with the rest being divided between his four sisters, Annie, Mary, Kate, and Sister Rosetta.[34]

Roughly a month after his death, in March 1882 the Irish Nation reported on the progress of the New York City branches of the Irish National Land League. At the “well-attended” Sunday evening meeting of the Ninth Ward (St. Joseph’s), there was an “eloquent” address on “the condition of Ireland” and “Ireland under British rule since its first invasion to the present time.”[35]  It concluded with “an appeal on behalf of the Land League,” Michael Davitt’s organization that advocated for land reform in Ireland under British rule.[36] After enrolling new members and raffling off a picture of the Irish Parliamentary Party leader Charles Stuart Parnell, a touching tribute was made to “honorary member” Fr. Felix Farrelly.[37] The group’s resolution read:

We have learned with great sorrow and regret of the death of Rev. Felix Farrelly, pastor of the Church of St. Joseph. […] That by his death the Irish people have lost a true and devoted friend, and one who loved the traditions of his race, sympathized with every effort to ameliorate their condition, and was in the American priesthood an able and scholarly representative. […] To those of us to whom he was pastor he, although with us but a short time, won our affection by his goodness, kind disposition and wise counsel. [38]

[5] Robert Eugene Bonta, The Cross in the Valley; The History of the Establishment of the Catholic Church in Northern San Joaquin Valley of California up to 1863. (MA thesis,  University of the Pacific, 1963), 87 https://scholarlycommons.pacific.edu/uop_etds/1534; Bayley, 235.

[16] Remigius Lafort, S.T.D., Censor, The Catholic Church in the United States of America: Undertaken to Celebrate the Golden Jubilee of His Holiness, Pope Pius X. Volume 3: The Province of Baltimore and the Province of New York, Section 1: Comprising the Archdiocese of New York and the Diocese of Brooklyn, Buffalo and Ogdensburg Together with some Supplementary Articles on Religious Communities of Women.. (New York City: The Catholic Editing Company, 1914), 313.