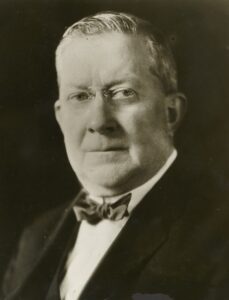 Charles Francis Murphy, leader of New York City’s Tammany Hall from 1902-1924, was born in a Gas House tenement in 1858.[1]  The district took its name from the massive gas tanks and retorts that were built after 1842 on East 22nd and 21st streets. Charles Murphy’s father, Dennis Murphy, had emigrated from County Kildare in 1848. His mother, Mary Prendergrast, was also an Irish immigrant. The Murphys went to Mass at the Roman Catholic Church of the Epiphany on 22nd street. Young Charlie, the second of nine children, left school at the age of fourteen to work in the local wire factories. He later became a driver of a crosstown Blue Line horsecar running from 23rd street down Avenue A, west across 18th street, down Broadway to 14th street and west to the Hoboken Ferry. 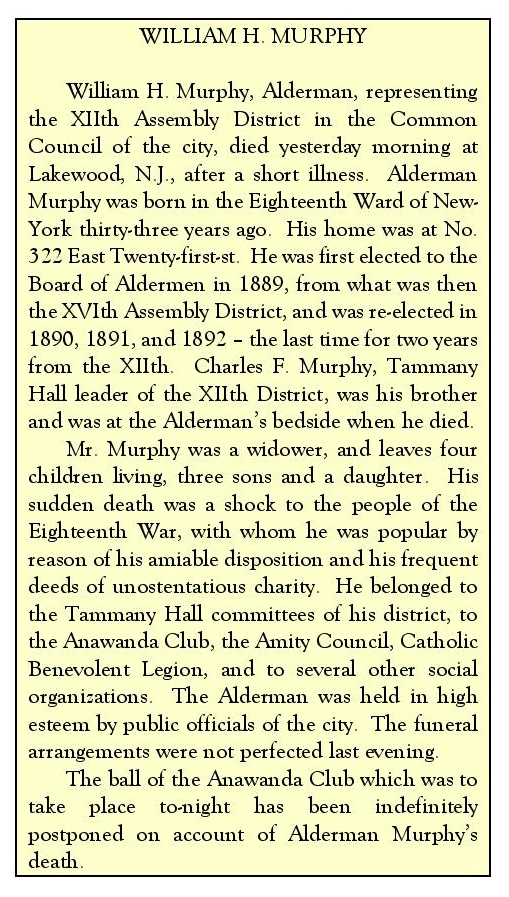 Murphy organized fellow members of the “Gas House Gang” into two baseball teams and later opened a saloon called “Charlie’s Place” on 19th street and Avenue A, in the 18th Ward. It was “patronized by dockyard and other waterfront workers, men from the nearby gas works, small business men and clerks and minor politicians.” [2] He opened three more saloons catering to the largely Irish clientele who became part of his power base in Tammany, a working class, heavily immigrant machine. He represented the 18th Assembly District on the County Executive Committee and in 1897 became Dock Commissioner, responsible for very lucrative docking leases. In 1901 he founded the New York Contracting and Trucking Company which secured millions of dollars in city government and public service contracts.

Murphy became head of Tammany Hall when Richard Croker was forced out on corruption charges and he promoted a new breed of progressive politicians including James Farley and Alfred E. Smith. These politicians earned working class support in the City by promoting factory safety and child labor laws. When Murphy died in 1924 his funeral service at St. Patrick’s Cathedral attracted thousands of citizens.