Of the 33 nurses on Ward’s Island who had Emigrant Savings Bank accounts, 30 named their place of origin in Ireland.  Nearly a quarter of these were from County Tipperary, 6 women and 1 man who all emigrated between 1847 and 1851 from Borrisokane, Tipperary, Bawn, Nenagh, and Carnon. William Danaher was from Farranacliff, about 3 miles west of Tipperary Town.  He crossed the Atlantic from Liverpool on the JZ in the middle of the winter, arriving in New York on January 6, 1849.  He worked in Ward 31. 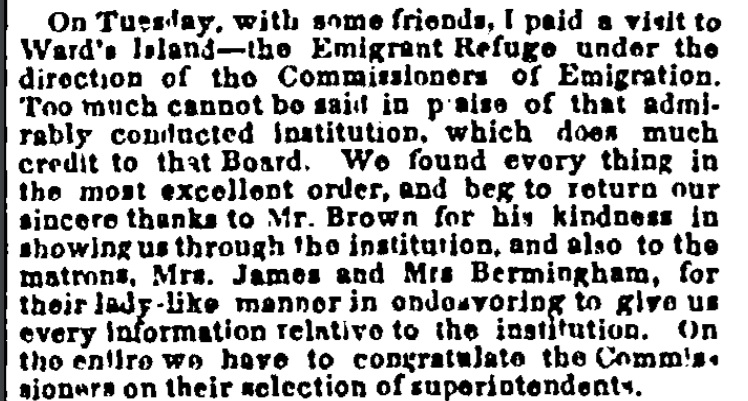 Mrs. Bermingham was the Tipperary-born nurse Margaret Bermingham. Her daughter, Catherine, who emigrated in 1851 (two years after her mother), was also a nurse on Ward’s Island.  Irish American Weekly, 17 December 1853.